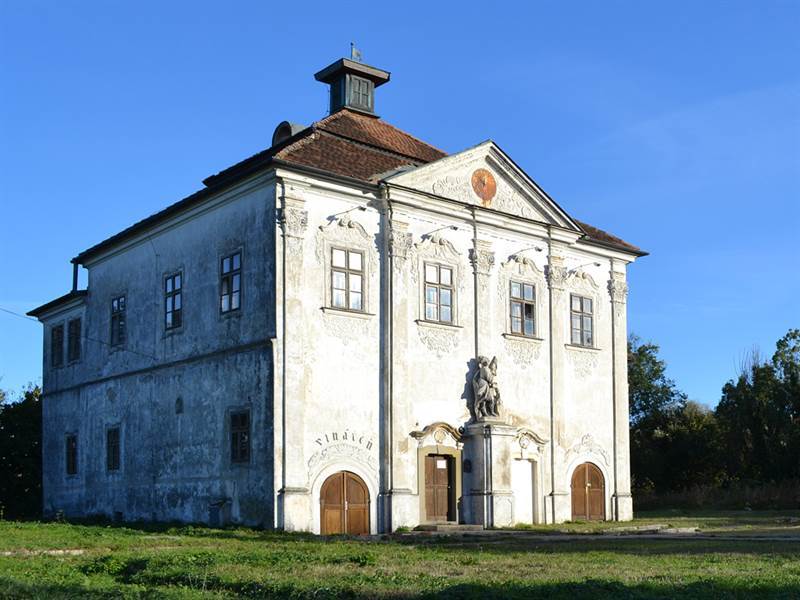 The Small Manor house in Budimír

In the town of Budimír, near the city of Košice, lies one of the oldest manor houses in Slovakia, the Small Manor House. This Rococo building, later refreshed in the Classicist style, dates back to the fourteenth century, and although a bit run down it still retains a great deal of its charm. This may be the reason why the East Slovakia Gallery is one of the institutions that are planning on using it in the future and wants to set up a small sculptures exhibition there. Nowadays the Small Budimír Manor House is closed down. However, not far away from it stands Budimír’s second manor house, the Great Manor House which houses an interesting exhibition of antique clocks. The surrounding countryside around Budimír boasts one of few cold geysers in Europe, the UNESCO listed Herliansky Geyser which is definitely worth visiting.

Opening hours: The manor house is not open to the public.

Admission Fee: The manor house is not open to the public.