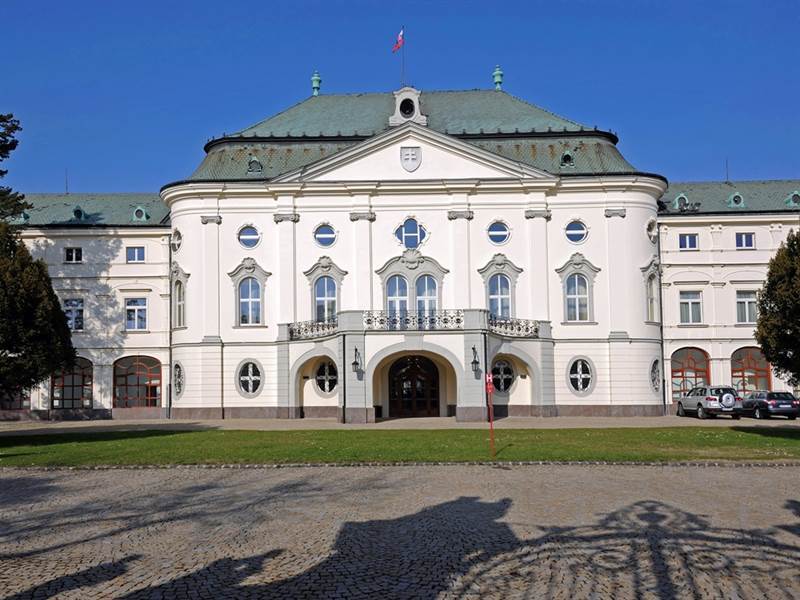 A beautiful Baroque palace on Freedom Square (Námestie Slobody) in Bratislava served as a summer residence of archbishops for many years. The famous Austrian sculptor Georg Rafael Donner - the pioneer of Baroque Classicism had his workshop in the garden of the palace for some time. During his stay in Bratislava he created his masterpieces as for example, the lead of St. Martin in St. Martin’s Cathedral. Today, the Archbishop's Palace is
a seat of the Slovak Government Office.