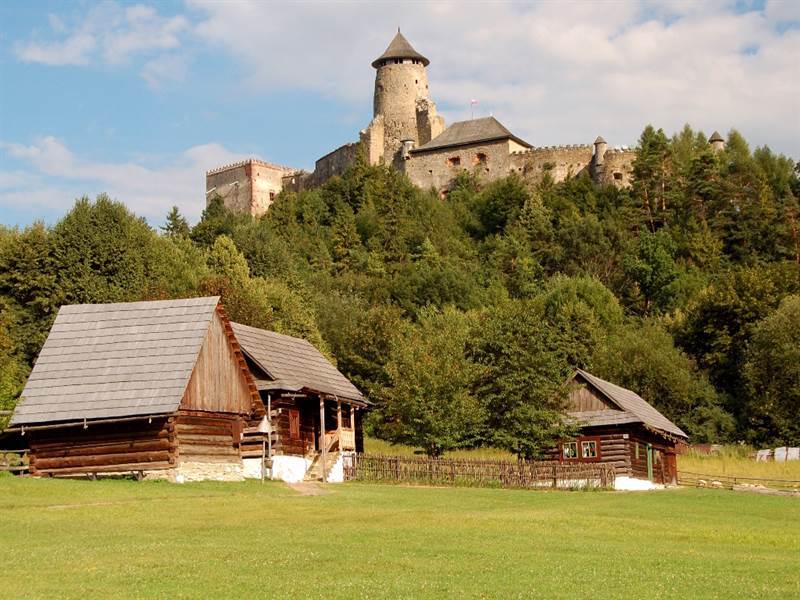 Standing on the top of a lush green hillock overlooking the Spiš city of Stará Ľubovňa is the particularly well-preserved Stará Ľubovňa Castle. Thanks to its stateliness and strategic position the castle entertained many kings and queens in the past. There is a legend about one of those famous bouts of drinking featuring a sly local brigand named Jendruš, who slipped in disguised as a nobleman and entertained the whole party by telling jokes and performing various stunts, gaining their favour. When the noblemen were considerably drunk, he made a wager that at a certain moment they would not be able to recognize their own wives. During the following round of dances he asked the ladies to roll up their overskirts over their heads and won the wager. As he was running away with his bountiful prize, he shouted after them mockingly, “I did not steal, nor did I murder, you gave it to me.” Nowadays the halls of the castle no longer house the merry nobles; instead they house a charming museum. One of its most sought-out attractions is the exhibition of folk architecture out in the open-air museum beneath the castle. The most important piece in the exhibition is the beautiful wooden Greek Catholic church that is one of the most treasured wooden churches in Slovakia.