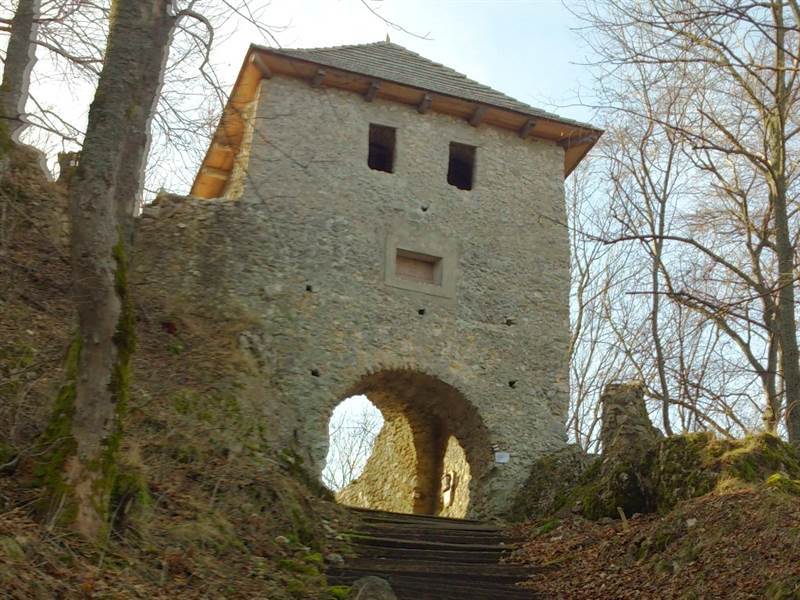 The ruins of Muráň Castle sit on the top of a poorly accessible Cigánka Rock on the edge of Muráň Plateau, making it the third highest situated castle in Slovakia. The castle as well as the rock is subject to legend about a captain who fell for a beautiful Gypsy girl. Their love, however, was not meant to last. The young girl was not willing to give up her way of life even after their wedding. Every time the husband left the castle, the girl organized a huge Gypsy party. One day, dreadfully tired of her festivities, in a blaze of anger he threw her off the rock to her death. That is why the rock is called Cigánka – Gypsy. Being 935 metres above sea level, Muráň Castle attracts visitors with breathtaking views of surrounding countryside. There are three information boards describing the view to the west, to the south and to the northeast of the castle. The hike to the castle has an educational part to it as well. There is an info trail between Veľká Lúka and Muráň Castle aimed at scientific, ecological and historical aspects of the site. 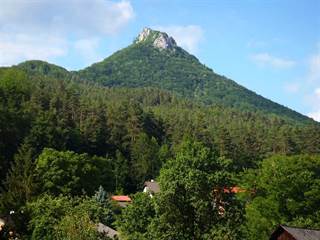 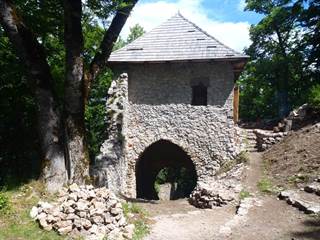 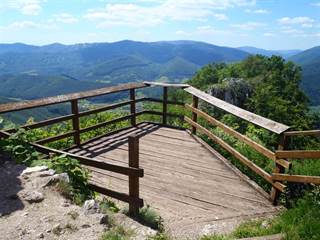 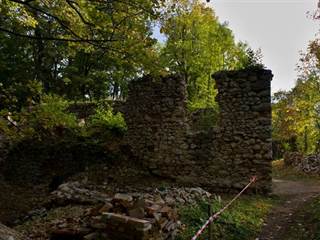 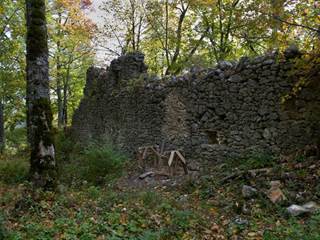 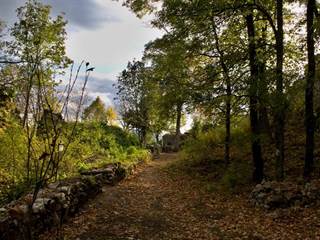 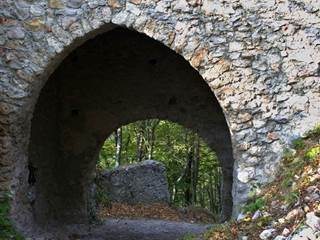