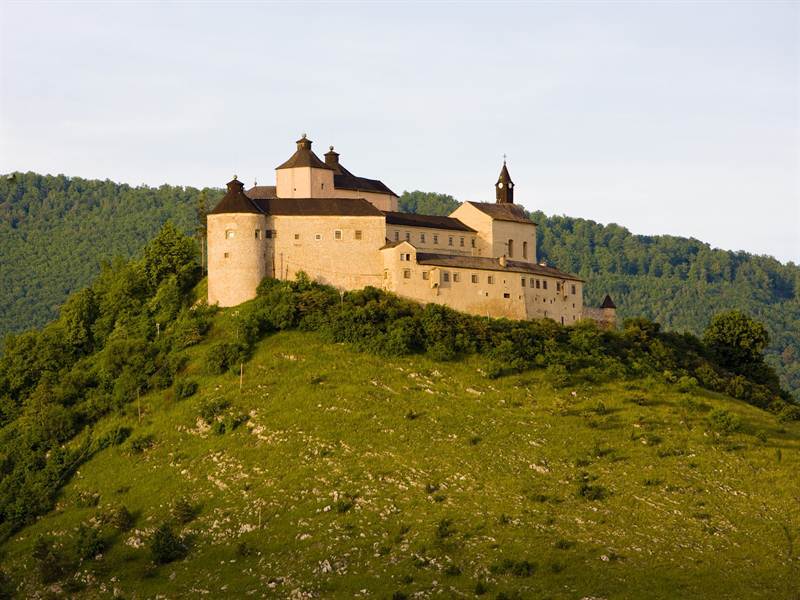 At the top of a hill overlooking the town of Krásnohorské Podhradie sits Krásna Hôrka Castle, one of the most beautiful historic landmarks of the picturesque Gemer region. As one legend has it, the castle was built by a poor shepherd named Bebek, who was lucky enough to find a very rare gem. He took it to the king, who then traded it for a large plot of land and a permission to build seven sheep pens. Instead of pens he built seven majestic castles. At the king’s request the most handsome of the castles was given the name of Krásna Hôrka. Today, Krásna Hôrka is a part of the Betliar Museum. Unfortunately, in 2012 the shrubbery on the hill was reportedly set on fire by accident by local children, resulting in severe damage to the castle. Almost all of the historical exhibits have been recovered, but are not yet on display due to restoration works. But, even when the castle is being restored, the visitors to Krásnohorské Podhradie still have much to see. There is the Andrássy Mausoleum or the nearby Krásnohorská Cave.

Opening hours: Due to restoration works, the castle is closed down until further notice.

Admission Fee: Due to restoration works, the castle is closed down until further notice.