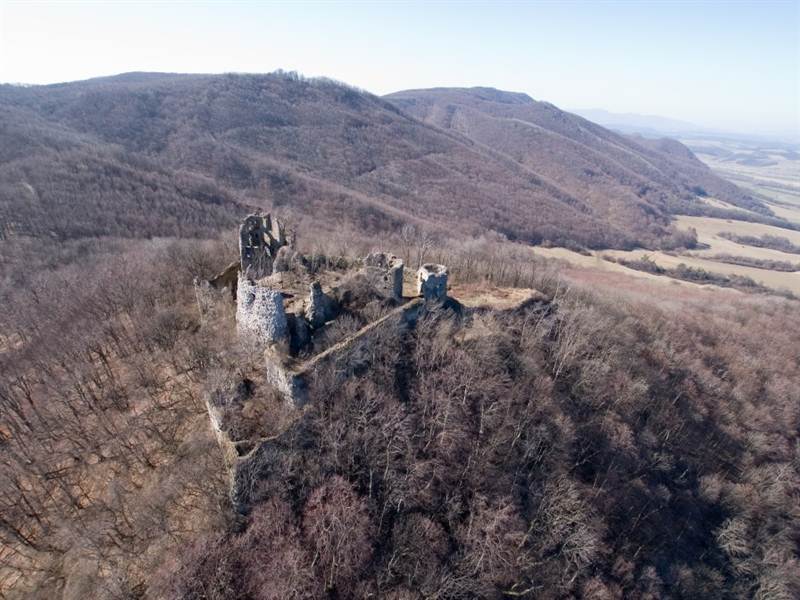 Towering above the luscious forests of Humenské Mountains (Humenské vrchy) are the ruins of Jasenov Castle. This castle is mainly known from the sixteenth century as a place where forgers used to make false coins in great numbers, causing a great scandal at that time. Among the most important owners of the castle was the Drugeth family. It is said that one of the nobles of this family was a huge blasphemer, even for that time. Once when he was riding his horse near a chapel built above a nearby magical spring, he fell down and broke his arm. Enraged, he had the chapel pulled down. From that moment he began experiencing excruciating pain which stopped only after he returned and repented himself. Then the new penitent commissioned to build a monastery in place of the chapel, which he himself subsequently joined. The hike to Jasenov Castle can start (and end) in Jasenov as well as in Humenné. There are multiple interesting places to see in this town; for example the great French-style Baroque manor house housing the Vihorlat Museum, or the nearby tree preserve that features a variety of rare trees.