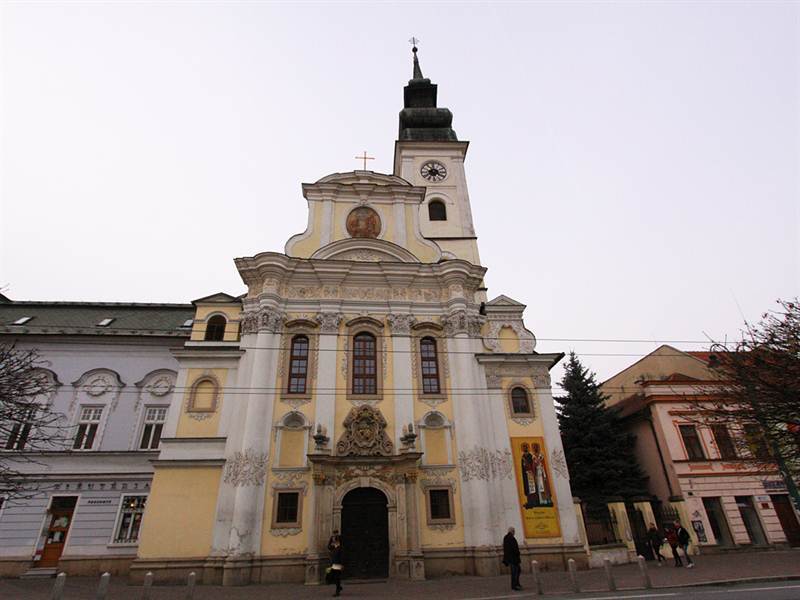 Beautiful Greek Catholic cathedral dedicated to St. John the Baptist was originally a Roman Catholic church associated with the Franciscan monastery. After the onset of the Reformation, Protestants took it. A significant Protestant preacher and writer James Jakobeus, author of the famous works - Tears, sighs and prayers Slovak nation - worked here. The Greek Catholic started to use it in the early 19th century and except to a short period when it was taken over by Orthodox, it is still in their possession today. In the temple are relics of Greek Catholic0 martyrs Pavol Gojdič and Vasiľ Hopko and also unique true copy of the Turin Shroud.