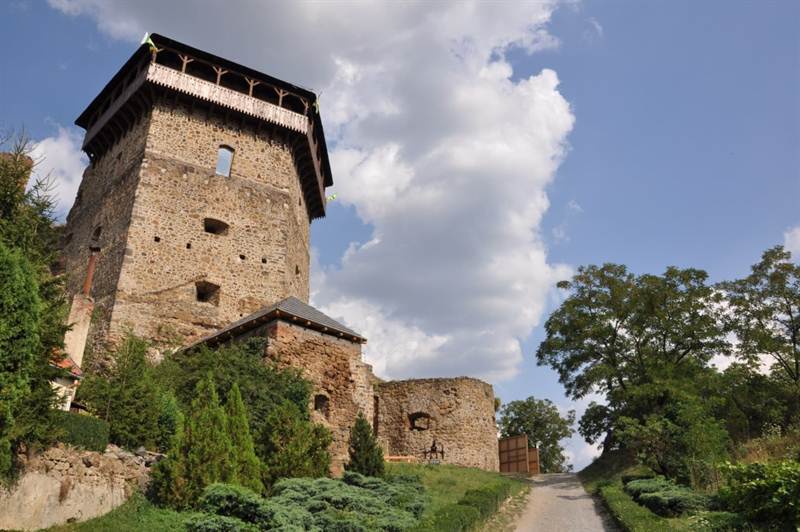 Towering above Fiľakovo at the top of an extinct volcano, Fiľakovo Castle is a dominant feature of local scenery. The ancient history of this well-preserved castle dates back to the thirteenth century when it as one of few castles withstood the Tatar invasion. However, three hundred years later it was conquered by another eastern aggressor – the Ottoman Empire. According to a legend, the Turks were not able to seize the castle by force, so they came up with a deception. One of their soldiers got into the castle disguised as a beggar and entered the castle service. When no one could see him, he snuck around the castle in search for any weaknesses they might exploit and found an unguarded window which he reckoned could be used as an entry point. He sent his findings to the Turkish bey, thus supposedly enabling a clean take-over. The Turks then made Fiľakovo the centre of one of their administrative districts in occupied Hungary. A visible evidence of the Ottoman wars – a stone cannonball – can be seen embedded in the walls of Bubek’s tower. What is more, Bubek’s tower houses Fiľakovo Castle Museum with fascinating historical exposition. Visitors to Fiľakovo can also explore the Municipal Museum downtown, dedicated to the history of the town as well as the castle.