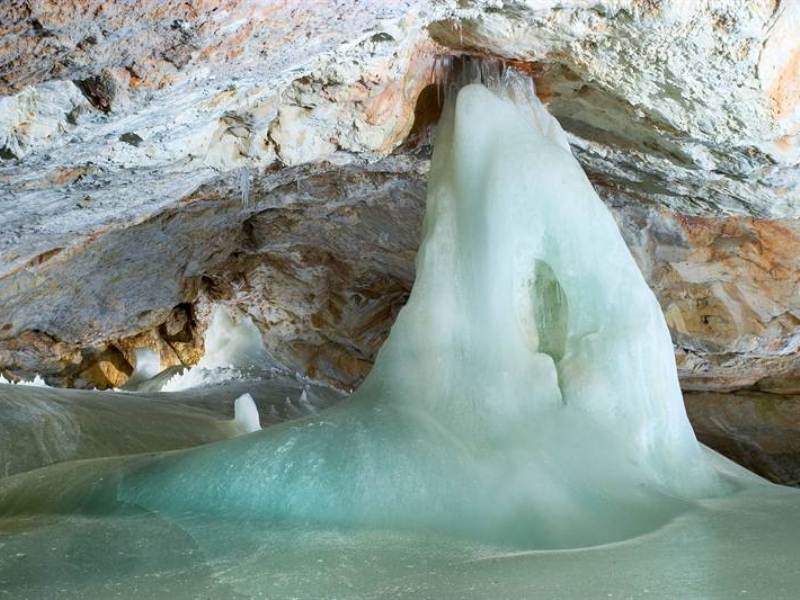 Opening to the cave called “ice hole” was known since long time ago. However, it was only E. Ruffíni accompanied by G. Lang, A. Mega and F. Fehér who descended underground in 1870. Thanks to the Dobšiná town, the cave was opened for the public as early as 1871. Experiments with electric lighting began in 1881. Regular electric lighting was introduced in 1887. The cave belongs among the first electrically illuminated caves in the world. Immediately after the discovery the cave took attention of both experts and public and many of that time personalities visited the cave – P. O. Hviezdoslav, S. H. Vajanský and others. A concert was held in the Great Hall in 1890 to the tribute of Karl Ludwig von Habsburg. It was known also by summer skating, which took place for the first time in 1893. J. Mišelnický discovered the Dripstone Hall, J. Ogurčák the Northern Corridor and L. Šimkovič the White Hall in 1947. During 1953 – 1954 a general repair of the show path and electric lighting was done as well as protection measures after the discovery of non-glaciated parts. Public has access to 475 m with elevation range of -43 m.