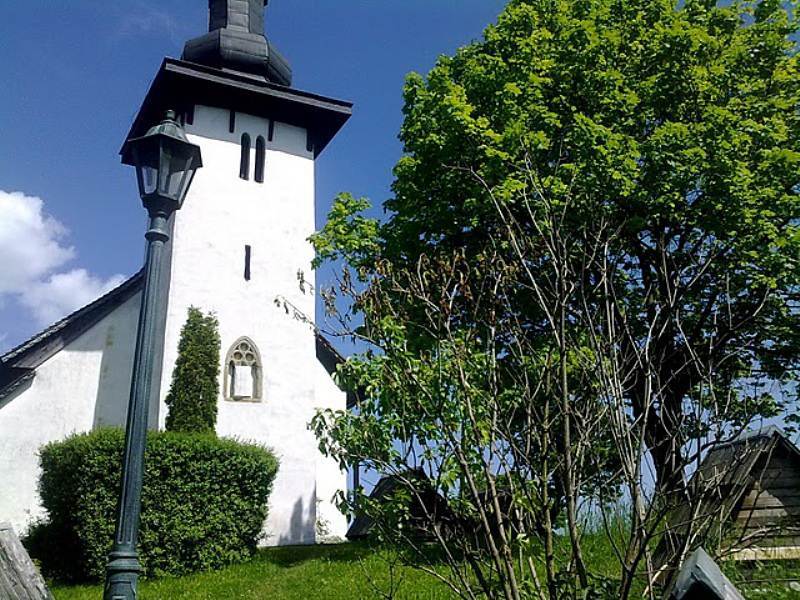 Church of St. Martin in Martinček

Church of St. Martin in Martinček belongs to the oldest monuments in the region of Liptov. An interesting legend is connected with the church about a murder of the great Templar master Johann Gottfried von Herberstein, which should had happened on a nearby hillock. The church was built in the 13th century in the Romanesque-Gothic style. Despite
a few reconstructions in next centuries the building has kept its original shape while such
a phenomenon is very rare. In addition to the ancient exterior the church is also interesting because of its valuable medieval frescoes that were discovered and restored in the late 20th century and because of one of the oldest seamless wall paintings preserved in Slovakia.